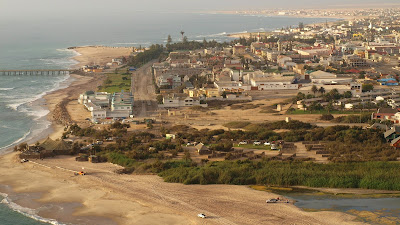 Situated in the lovely Namibian town of Swakopmund, the historic Hotel Prinzessin Rupprecht is well positioned to offer its guests both comfort and convenience. While touring through Namibia, take the opportunity to enjoy a few days at the wonderful coastline of the country. With its friendly and tranquil atmosphere. 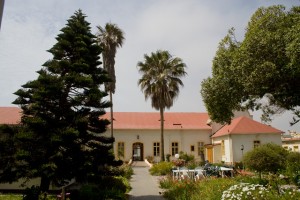 Not far from the sea and from the city center, our hotel offers an ideal starting point to explore Swakopmund by foot or by car. In our newly renovated building you will find our friendly staff to answer your questions about the hotel, the city or popular excursions. Be their guest and explore Swakopmund, the city with the German flair. 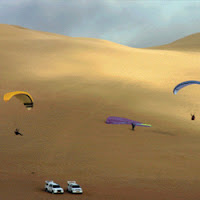 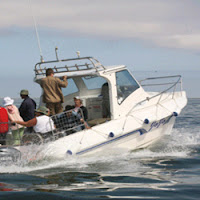 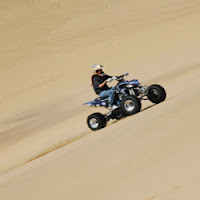 Enjoy Swakomund and visit the Jetty, an old boarding bridge during colonial times, which today is again fully accessible. Hotel Prinzessin Rupprecht is the ideal place from which to explore all the tourist attractions which Swakopmund has to offer such as desert tours, seal and dolphin cruises, visits to the museum and the aquarium, dune surfing, hot air ballooning over the astonishing Namib Desert and much, much more.

Sandfontein Lodge & Nature Reserve is a private hideaway in Namibia with magical mountain scenery and just five eco-conscious bungalows. With epic river views and scorched, rocky landscapes that extend as far as the eye can see, Sandfontein is a nature reserve like no other. 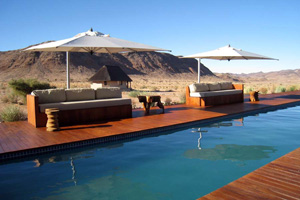 Enjoy a romantic lunch by the pool, the choice is simple: set out to discover the reserve’s incredible plants and creatures, or spend an indulgent hour or two in the cosy main lodge building, where mountain views flood into the soulful bar area. 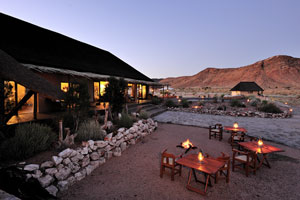 Of all the animals at Sandfontein, most impressive are the illusive wild leopards, which stalk the land in search of prey. Antelope species seen on the reserve include eland and kudu, a solitary creature that spends much of its time in the mountains. 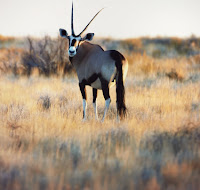 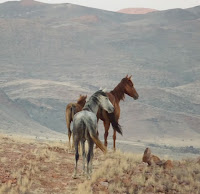 Sandfontein is a place where relaxation comes naturally.

Jackalberry Tented Lodge welcomes its guest to one of the most unique areas in Zambezi region, the wet land paradise for ultimate adventure. 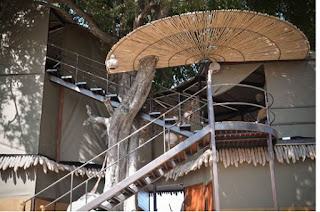 The main building is build around a huge Jackalberry tree and has first and second floors that houses the reception area, dinning area, lounge and bar area. The second floor has spacious and comfortable lounge providing guests with an exceptional view of the surrounding while the ground floor hosts communal fire place for evening catch up. 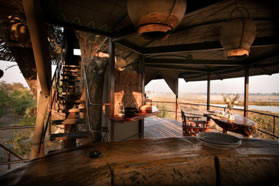 3 Twin Room and 1 Honeymoon Double Room; with side lamps, camping fridge, in room bathroom, coffee/tea station, hot water generated by a solar power, offering a superb eco-friendly personalized safari experience. All rooms are made of customized large tents and has a raised deck offering breathtaking views across the lagoons. Maximum of 2 pax allowed.

The lodge enjoys its prime location which make a perfect base for Park experience and exploration. The lodge is located on the Linyanti river lagoons where a large population of the park’s wildlife roams freely and could be spotted from the lodge decks through the floodplains of Namibia and woodlands of Botswana just across the river.

For more information and for your booking request please contact us via email:
info@namibiareservations.com

Gross Barmen Resort is located around 100 km from the capital city of Windhoek, nestled on the banks of a tributary of the Swakop River. Set between rows of palm trees, green lawns and many pleasant walks, the resort is ideal for all ages. Gross Barmen Resort includes facilities for spa & wellness, fitness, recreation, and leisure. The main attraction of the resort is the health and hydro/medical spa center, featuring thermal springs and providing a full range of treatments, massages, and health activities for relaxation. The accommodation options at Gross Barmen Resort include family and bush chalet and camping sites. Other amenities and facilities include indoor and outdoor thermal pools, conference facilities, restaurant, bar and shop. The nearby dam attracts more than 150 different species of birds making it a hotspot for bird watching. Additionally, the Von Bach Dam outside of Okahandja (25 km) is a major draw for water sport enthusiasts and anglers. 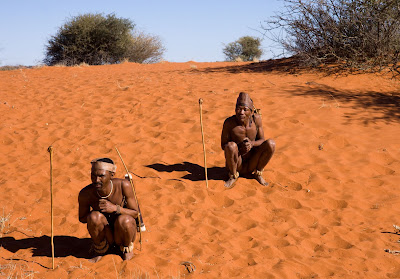 Travel east from Etosha or Windhoek, some four hours by car, and you will find Bushmanland to the North and the Kalahari to the south. This is remote country, even by Namibian standards. Here within scattered small villages live the San Bushmen, famous for their survival skills. Visit Khaudum National Park with its amazing herds of game, and the beginnings of the Kalahari Dessert, which stretches across eight different countries rewarding visitors with its silence and solitude. 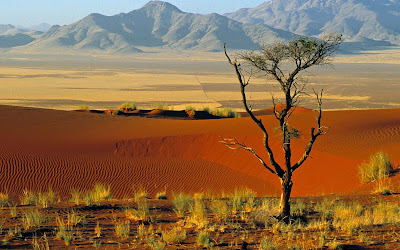 The Camelthorn Kalahari Lodge
Named as it finds itself between two sand dunes in an area peppered with Camelthorn trees which are endemic to this region.
The 12 rondavel-style thatched huts are sparsely set against a backdrop of red dune sands, yellow grasses, piercing blue skies and the greens and browns of the wide-spread Camelthorn and Acacia trees.

Suricate Tented Lodge
Towering over the pans of the Auob wetlands is the Suricate Tented Lodge – Intu Afrika which has been built on top of a majestic red dune.The tents which combine the ultimate African safari experience with the comforts and luxuries of modern day living leave a lasting impression on all our guests.

The Zebra Kalahari Lodge
One of Namibia’s best kept secrets and offers visitors a unique opportunity to commune with the tranquility and intrigue of nature. 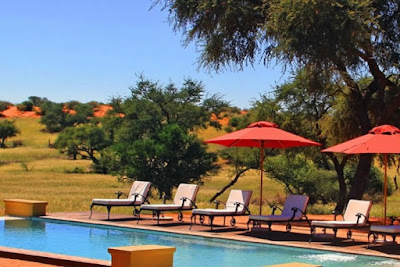 Grootberg Lodge is a landmark in Namibia for the tourism industry as it is the first middle-market establishment in the country that is 100% owned by the conservancy. For travellers making the journey between Etosha and Swakopmund, this lodge provides the ideal midway stopover, whilst allowing guests to experience the true wilderness that is Damaraland.

Perched on the rim of the Etendeka Plateau, the Grootberg Lodge stands sentinel over the Klip River Valley. 12 000 hectares have been set aside by the #Khoadi//Hoas community for conservation and tourism. Visitors can explore this pristine wilderness either by foot or car and experience encounters with the inhabitants of this remote biosphere. 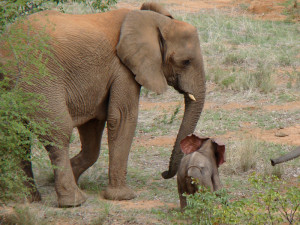 Elephant tracking at Grootberg Lodge has become one of their most popular activities. 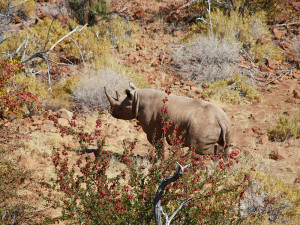 Rhino tracking is one such an activity and those wishing to accompany our guide and game trackers down the flow of the Klip River will have to be ready by 06:00. The experience is a mixture of 4×4 game drive and setting off on foot, with the possibility of up to three hours” walking. 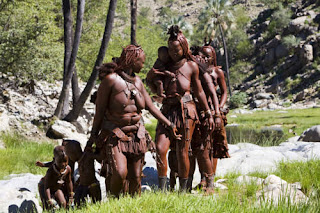 Damaraland and the Kaokoveld as well as southern parts or Angola are home to the Himba, one of the last truly traditional tribes on the planet. These friendly people are closely related to the Herero and lead a semi-nomadic life as herdsmen, breeding mainly cattle and goats.

Scenic drives on Top of the Plateau 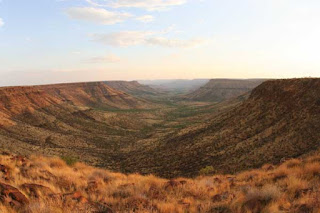 The lodge offers scenic drives on top of the Etendeka Plateau with the possibility of seeing a variety of wildlife population of zebras, antelope, jackal and occasionally leopard and lion. 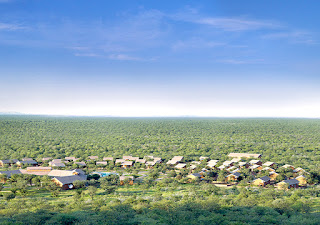 As if an African kingdom of old, Damara Mopane Lodge is constructed in a semi-circle of interlinking pathways leading to a lavish swimming pool at its centre. Innovatively designed, each chalet has its own small garden planted with vegetables.A wash of fresh green brightens the interior as does the heart-shaped mopane leaves stencilled throughout the lodge. Situated near Khorixas en route to the famed Twyfelfontein engravings, Damara Mopane Lodge incorporates the spirit of Damaraland and the Damara people, extending its hand to locals and visitors alike in a 'Hello neighbour' greeting, linking cultures and nationalities. 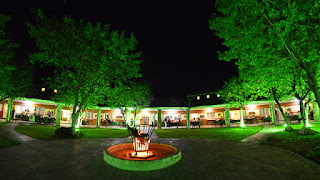 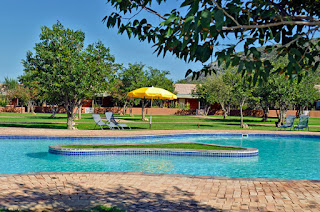 A highlight at the end of the day is to ascend the hill to a viewing platform for a sweeping vista of the mopane woodland illuminated by the setting sun. It also the best spot for a sundowner drink and to gain a view of the intriguing construction of the lodge.Whether sitting on your stoep looking out onto your vegetable garden, swimming in the pool or celebrating sunset from the deck, this novel and delightful lodge provides a good base from which to explore the rich sandstone treasure of Damaraland. 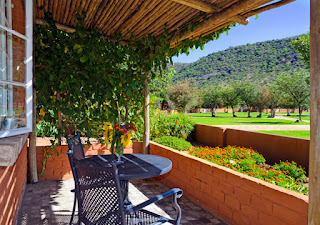 The Living Museum of the Damara

The Living Museum of the Damara is situated about 10 km north of the famous Twyfelfontein rock engravings site directly at the D2612. It is the first traditional Damara project in Namibia and the only one of its kind. The possibility to experience the traditional Damara culture in this form exists nowhere else in Namibia or in the world. 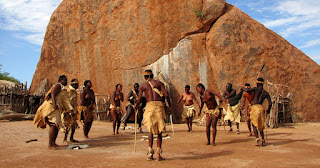 Unique experience of historic Damara culture
Together with the Bushmen the Damara belong to the oldest nations in Namibia. Their original culture was a mixture of an archaic hunter-gatherer culture and herders of cattle, goats and sheep. Due to their loose social structures the Damara were not able to defend themselves against aggressors during the colonization of Namibia. 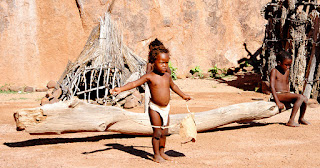 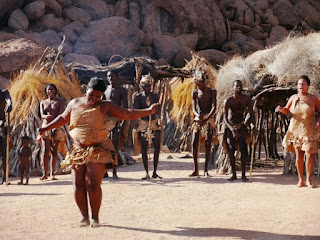 Mahango Game Park
The Mahango Game Park is a protected area in Namibia within Bwabwata National Park. It is situated at the country's eastern border with Botswana in the flood plains of the Okavango River basin, close to the Popa Falls on the river. 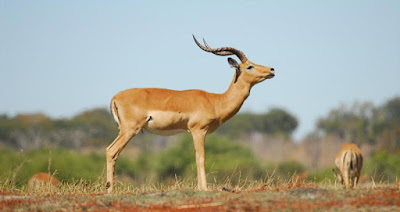 Erindi Private Game Reserve
Erindi Private Game Reserve is situated 40 km east of Omaruru. Far away in Africa, a country exists where it is still possible to wander in a landscape that contains many more creatures than people. On a vast mountainous plain lies Erindi, translated as "The Place of Water" in local Herero, with more than 12 000 head of game teeming over an unbelievably large game reserve, where even rare and endangered species are being conserved and managed in a manner that allows man to experience what it was once like to live in undisturbed Africa. 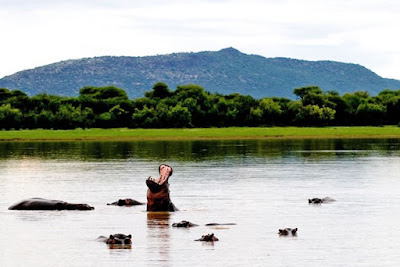 NamibRand Nature Reserve
The NamibRand Nature Reserve, located in southern Namibia, is a private nature reserve established to help protect and conserve the unique ecology and wildlife of the south-west Namib Desert.  Conserving the pro-Namib, the area along the eastern edge of the Namib Desert, is critically important in order to facilitate seasonal migratory wildlife routes and to protect biodiversity. 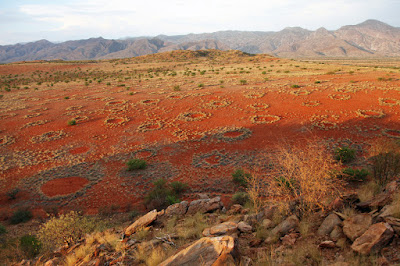 Waterberg National Park
Waterberg National Park is a national park in central Namibia on the Waterberg plateau, 68 kilometres (42 mi) south-east of Otjiwarongo. The plateau and the national park are named after the prominent table mountain that rises from the plateau, the Waterberg (Afrikaans: Water Mountain). The Waterberg Plateau is a particularly prominent location, elevating high above the plains of the Kalahari of Eastern Namibia. Waterberg Park and some 405 square kilometres (156 sq mi) of surrounding land were declared a Nature Reserve in 1972. As the plateau is largely inaccessible from beneath several of Namibia's endangered species were relocated in the early 1970s to protect them from predators and poaching to extinction. 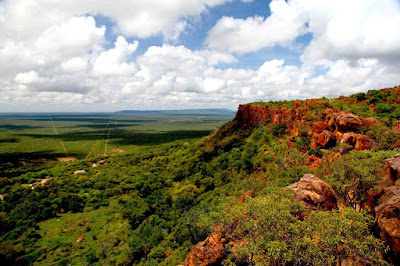 Etosha National Park
In the vast arid space of Northern Namibia lies one of Southern Africa’s best loved wildlife sanctuaries. Etosha National Park offers excellent game viewing in one of Africa’s most accessible venues. Zebra and springbok are scattered across the endless horizon, while the many waterholes attract endangered black rhinoceros, lion, elephant and large numbers of antelope.