The Skeleton Coast of Namibia 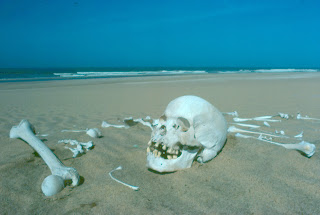 The Skeleton Coast is the northern part of the Atlantic Ocean coast of Namibia and south of Angola from the Kunene River south to the Swakop River, although the name is sometimes used to describe the entire Namib Desert coast.

The area's name derives from the whale and seal bones that once littered the shore from the whaling industry, although in modern times the coast harbours the skeletal remains of the shipwrecks caught by offshore rocks and fog.

On the coast the upwelling of the cold Benguela current gives rise to dense ocean fogs (called "cassimbo" by the Angolans) for much of the year. The winds blow from land to sea, rainfall rarely exceeds 10 millimetres (0.39 in) annually and the climate is highly inhospitable. There is a constant, heavy surf on the beaches. In the days of human-powered boats it was possible to get ashore through the surf but impossible to launch from the shore. The only way out was by going through a marsh hundreds of miles long and only accessible via a hot and arid desert.

Posted by Unknown at 9:55 AM No comments:

Cape Cross in Namibia is known mainly as a breeding reserve for thousands of Cape Fur Seals. 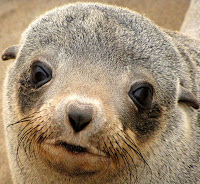 Cape Cross is a Cape Fur Seal Beach with an interesting history of a stone cross on the bleak headland - put up, in 1485, by a Portuguese captain and navigator, Diego Cão.
Cape Cross Seal Colony, in Namibia, is the breeding place of the Cape Fur Seals, which are actually a species of Sea Lion. Along the Namibian and South African coast there are 24 colonies with a seal population of about 650 000 animals. About 80 000 to 100 000 seals inhabit Cape Cross.

These Fur Seals are so-named for their thick pelt. Unlike true seals which have only a thin covering of hair, Fur Seals have a thick layer of short soft fur, which is protected by a layer of longer, harder hair. The top layer gets wet, the bottom layer stays dry. The bottom layer, as well as the fat formation under the skin give seals a good isolation against the cold Benguela current.
Seal pups have been hunted for their jet black pelts and for the beautiful olive-grey coat which they acquire after moulting, for centuries. The adult's fur is too coarse to be suitable for use in the fur industry.

The male seals can weigh from 187kg to 360kg and are very territorial whilst looking after their harem of 5 to 25 females. Cow seals are a lot smaller than bulls, they only weigh up to 75kg. A few weeks after the bulls have arrived the pregnant cows come to the colony to have one youngster. The pregnancy lasts for about 8 months. One bull has about 5 to 25 cows in his territory and only 7 days after giving a birth the next rutting season starts.


Most youngsters are born in November / December and they weigh

about 4.5 to 7kg. Their fur is pitch black and they start sucking on their mother immediately. A few days after giving birth the mother has to return to the sea to feed. During this time the youngsters are very vulnerable and are hunted by Jackals and Hyenas. Youngsters start feeding on fish when they are about 4 to 5 months old. When seal pups are about 7 months old they can stay in the water for up to 4 days.

The tree is found all over southern Africa and as far as Zambia, is the aptly named shepherds tree (Boscia albitrunca) also known as 'witgat' in Afrikaans. It is fairly easy to identify with its generally whitish trunk, and feeding animals give shepherds trees a distinctive browse line, making them appear to be clipped to an even height on the underside. It has a shady canopy of evergreen, highly nutritious leaves and they always occur singly. 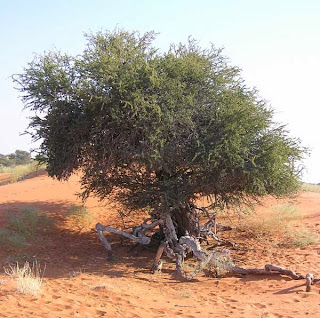 The trees bear small, round, yellowish berries that are edible and sweet tasting. The leathery leaves are grey-green. Birds, kudu and giraffe are particularly fond of them and the roasted roots can be used as a coffee substitute. As with other trees, shrubs and plants, the branches are cut and fed to feed sheep and cattle in times of drought.

In some areas, farmers and locals will bend and tie down the branches, so that animals can reach them. Various parts of the tree are used to cure different ailments in traditional medicines. The shepherds tree is protected in Namibia. 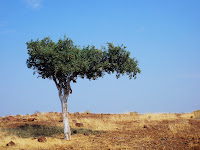 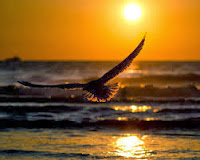 Birds do not sing for pleasure they sing because they have a song......

The butterfly counts moments not months because it has  enough time 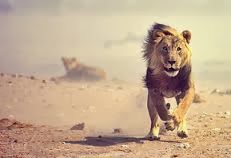 
Katima Mulilo is situated in the Caprivi strip and is the capital of the Zambezi Region, Namibia's far northeast extension into central Southern Africa. It comprises two electoral constituencies, Katima Mulilo Rural and Katima Mulilo Urban. Katima  is located on the national road B8 on the banks of the Zambezi River in lush riverine vegetation with tropical birds and monkeys. The town receives an annual average rainfall of 654 millimetres.
As you can imagine, being near the point where 5 countries meet, Katima Mulilo is a melting pot of cultures and language. Seven languages and a myriad of dialects are spoken in the town.
Visitors to the area can be excused for feeling that this town feels more like Zambia than Namibia as it is the countries most remote outpost. It is 1200km from Windhoek, but only half a kilometer from Zambia!

The Caprivi Cultural Festival is held in late September and the Caprivi Arts Centre is the place to head for your curios.
Accommodation in Katima 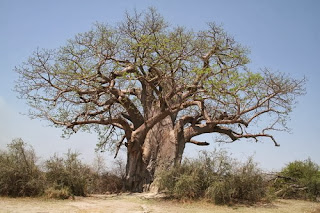 Western trading with 16th Century Egyptian merchants came to the parts of the tree used for medicinal purposes, or for flavouring as being named Bu-HOAB. The French botanist Michel Adason (1727 - 1806) Who's valuble contribution to the science of batany was honored by having the tree named after him. The tree is also refered to as being the "cream of tartar tree" and the "monkey bread tree" and the "sour gourd tree"


A most impressive tree in spite their unusual appearance they are the subjects of many African legends. The young tree bares little resembleance to its mature version and are difficult to recognize as being and this gave rise to the bushmen belif that there were flung down on the ground with their roots in the air. The fanmous British missionary explorer Dr. David Livingstone described the tree ad being Like, A Giant Upturend Carrot.