In Namibia there is different types of tribes each with their own tradition and traditional food/tribal dishes. 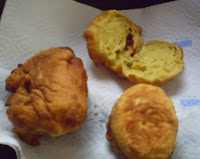 You will always find "vet koek" at a Herero wedding. These are translated into Enlish as fat cakes. They are lovely with meat...another
staple food of the Hereros.

A meal without meat is no meal!!traditional drink (satisfying that can be used as any meal replacement) called "Omaere", this is sour milk. Milk used is that of cows, of which most hereros farm with. Its stored in a calabash and a root of a certain shrub is added as taste.

This is collective name for a group of tribes in northern Namibia and southern  part of Angola. In the middle of 16 century these tribes which belonged to Bantu group moved southwards from the great lakes area in the East Africa and settled between Kunene and Okavango rivers.There are eight tribes of this group in northern Namibia at present with a total population of around 700 000 which represents almost half of the

population of the country (45%).Some their tribal dishes includes, mopane worms, mahangu etc.

The total population of Damara people, one of the oldest cultural groups in the country, is approximately 90 000. They cultivate corn and vegetables, with livestock production playing important role as a source of income. The area in the north - east of the coast with an area of about 5 million hectares and  an administrative centre in Khorixas was proclaimed as Damaraland in 1973.
Today it is a part of Erongo region.

The ancient tribe of semi-nomadic pastoralists occupied Kunene region of the country. The Himbas (who are relatives of Herero) are an extraordinary people who have resisted change and preserved their unique cultural heritage.
The Himbas were impoverished by Nama cattle raiders in the middle of 1800's and then forced to be hunter-gatherers. 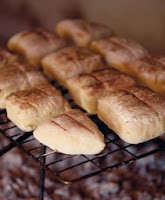 The Basters regard themselves as a separate community from the Coloureds. The population of the Basters is approximately 60 000 people. While they are

traditionally stock and crop farmers
nowadays many of them are involved in building trade.

As a Rehoboth Basters, originally this group came to Namibia from Cape Province of South Africa. Most of them live in towns and found in a wide range of professions. They speak Afrikaans as a home language.

The total population of Bushmen in Namibia is about 27 000 people. This hunters - gatherers occupy remote areas in the east of the country and Kalahari desert in Botswana.

San (Bushmen) constitute about 3% of Namibians. They belong to the Naro, Kxoe/Mbarakwengo, Heikom, /Auni and /Nu-ken tribes. Most live in Bushmanland and very few still live as they once did.

There are about 75 000 inhabitants of Namibia with European origin. Around 60% of them are Afrikaans-speaking, 25% are German and the rest are English and Portuguese.
Posted by Unknown at 12:29 PM