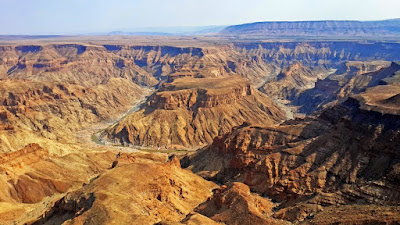 In the far south of Namibia, the Fish River rises in the centre of the country, before flowing south into the Orange River, on Namibia’s border with South Africa. In between, it has formed the great Fish River Canyon – the largest canyon in the southern hemisphere, and probably only second to Arizona’s Grand Canyon in terms of size. Approaching the Fish River Canyon from the north is like driving across Mars. The vast rocky landscape breaks up into a series of spectacular cliffs, formed by the Fish River as it meanders between boulders over half a kilometre below. Its size is impressive: 161km long, up to 27km wide and almost 550m at its deepest. Keep in mind that the river is seasonal and generally only flows in the rainy season from January to April.

Accommodation & Activities in that Area: 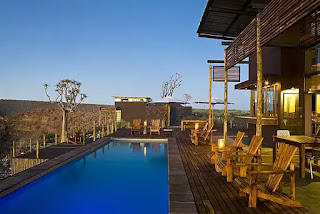 The area around the southern part of Fish River Canyon was proclaimed a conservation area in 1969. The land was as poor in potential for agriculture as it is rich in potential for tourism, and this was a way of protecting the area from uncontrolled development. The 345,000ha national park now encompasses Ai-Ais and Hobas. A more recent initiative has seen the park linked with the environmentally similar Richtersveld in South Africa, to form Namibia’s first transfrontier or peace park: Ai-Ais Richtersveld Transfrontier Park. 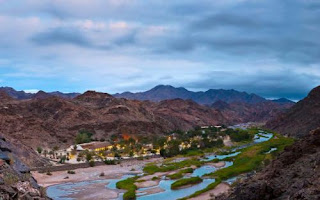 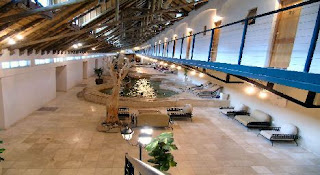 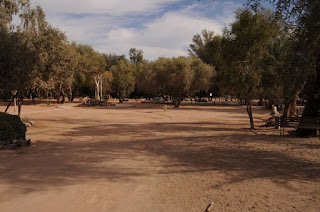